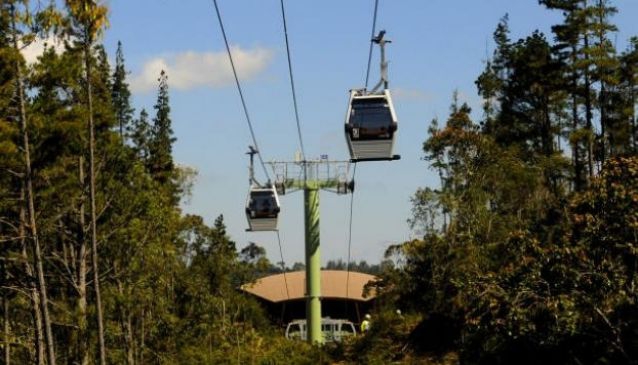 It occupies an area of 16,000 hectares, 1,760 of which are in excellent conditions and composed of natural forests. It has 54 miles of trails for hiking and movements of the visitors; with saltwater ecosystems, fauna and birds. There is a mega project, among the attractions of the park that is the access system which is done through the use of the mass transit system called Metrocable, which has an oriented ecotourism design. The Arví Cable also called the Line L Metrocable, is an overhead cable section that connects the Line K Metrocable of Santo Domingo station with the Arví Ecotourism Park. It is the first touristic line of the Metro and the third one by the aerial cable of the System.