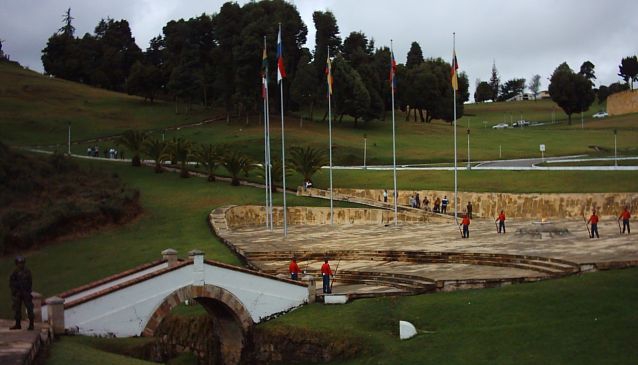 For this reason it is also called 'the altar of the homeland of all Colombians.' The original stone-built braces are preserved in this dispute between natives and Spaniards. There are various monuments next to the bridge that recall the battle and its protagonists, as La Plaza de Banderas (Banderas Square) with the statue of Simon Bolivar, the statue of General Francisco de Paula Santander, the Arco del Triunfo (Triumph Arc), at the bottom, el Atril de Piedra (Stone Lectern) , the Flame of Liberty, the British Legion Stone, the Obelisk and the Stone of Pedro Pascasio Martinez, the boy that decided to surrender to the captain of the Spanish Army before accepting bribes.

Located14 kilometers south of Tunja, the capital of the Department of Boyaca.