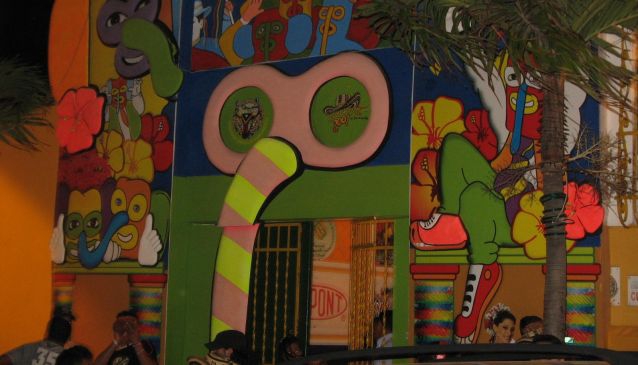 An interactive space to learn and enjoy through a sensory didactic experience; the most representative cultural events of the Carnival of Barranquilla, a Masterpiece of Oral and Intangible Heritage of the Humanity. It is a compilation of the documentary, photographic and audiovisual memorial of the Carnival. It is allowed to feel in this room the party, to see and hear the Barranquilla Carnival in any season.

Barranquilla Carnival: It is the most important folk and cultural festival of Barranquilla and Colombia. It is a cultural event in which all cultural and folklore manifestations of the Colombian Caribbean Coast are expressed.

The Carnival of Barranquilla has its remote origin in the Carnival came to America from Spain. These Europe origin parties were brought to America by the Spaniards who came to America at the time of the Conquest. Barranquilla and Cartagena de Indias have their first appearances in the colonial times, as festival of slaves; at this time the blacks went out the streets with typical instruments and special costumes, dancing and singing.

The Carnival of Barranquilla has two designations: National Cultural Heritage and a Masterpiece of Oral and Intangible Heritage of Humanity, (Patrimonio Cultural de la Nación y Obra Maestra del Patrimonio Oral e Inmaterial de la Humanidad), titles granted by the Congress and UNESCO respectively. It is a World Heritage because it brings together iconic expressions of memory and identity of the people of Barranquilla, of the Colombian Caribbean and of Rio Grande de la Magdalena. For the mixture of cultures that support what we are as a nation, for the social mobilization capacity that exceeds all kinds of differences, because its drawing power is at the heart of the people that make diversity a source of festivity and celebration encouraging folk art and keeps alive the past.