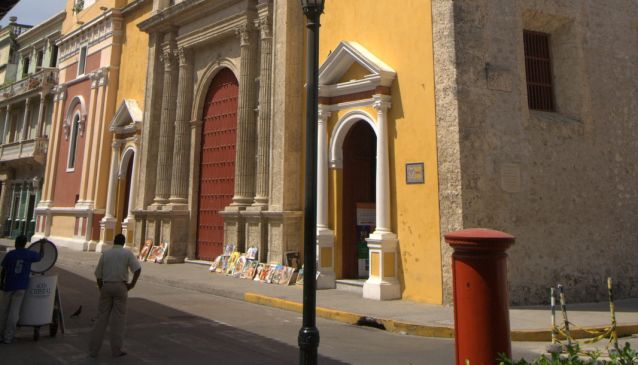 Directions to Cathedral of St. Catherine of Alexandria

The Metropolitan Basilica of St. Catherine of Alexandria, officially located in the historic center of Cartagena, Plaza of the Proclamation, eastern corner of the Park or Plaza de Bolivar, is the episcopal headquarters of the Bishop of Cartagena, one of the oldest venues in the New World. This cathedral has an herrerian style characteristic of the reign of Philip II of Spain. It was designed by master builder Simon Gonzalez who modeled some Andalusian basilicas. Pope Pius XII gave this temple the liturgical title of Minor Basilica in 1953. Subsequently, for its historical significance, architectural and cultural value, it was declared National Monument of Colombia by decree 1911 of November 2, 1995.