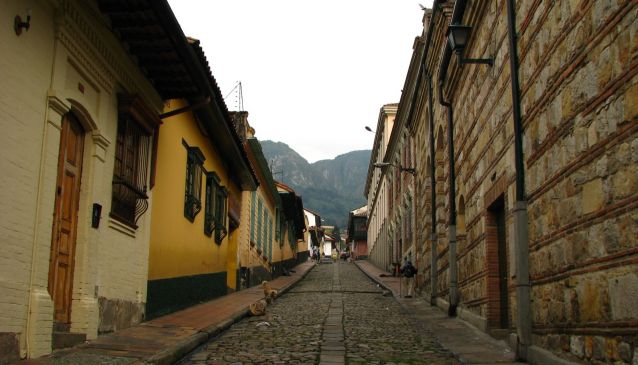 ; its colonial architecture remains preserved, attracting artists, foreign writers and intellectuals, who have filled and maintained theaters, libraries, cafes, all in harmony with the cultural center; there are colonial houses with barred windows, carved doors, red tile roofs and eaves. The Mayor of Bogota held plans for renovation and preservation of the properties and the cobbled streets, a feature of the town. It was declared a National Monument by Decree 264 of February 12, 1963. We can find in La Candelaria, but not limited to, the Plaza de Bolivar that is the place of the formal founding of Bogotá, the Casa de Nariño (Presidential Palace), the National Capitol, the Congress, the Justice Palace, the Bogota Cathedral and the Biblioteca Luis Angel Arango. We can also find churches like the Cathedral of Bogota, Santa Clara, Nuestra señora del Carmen, Nuestra Señora de las Aguas, La Candelaria, Santa Barbara and Universities like the Andes, La Salle, El Rosario, Externado of Colombia, Distrital, Libre .