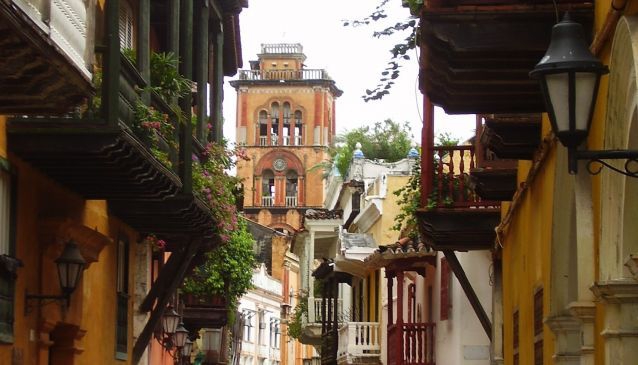 By knowing all this part of the old town, the visitor can understand the past of Cartagena de Indias, closely admiring their walls, forts, bastions, streets, squares and churches, as well as the legends and stories of the city, while discovering its wonders. Among the buildings of the 'Old City' or 'Walled City' are: the Palace of the Inquisition, home of the historical and archaeological museum, the Cathedral, the church of Santo Domingo, the church and cloister of San Pedro Claver; the old house Bodegón de la Candelaria, in which today a restaurant runs, and the Casa del Marqués de Valdehoyos. Among its places stand: the Customs, in front of which today operates the Mayor of the city, the Vaults and the Carriages square, where the slave market was located, and the Puerta del Reloj (Lock Gate).