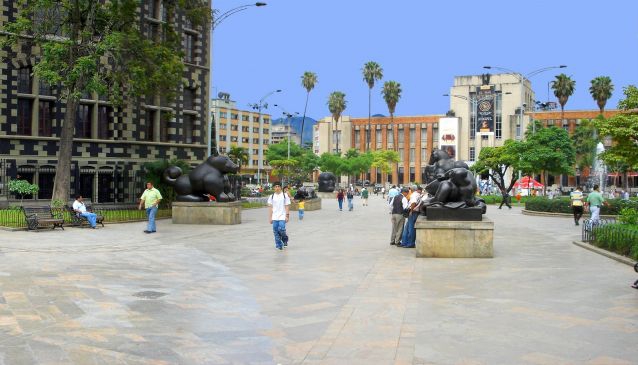 Its name is «Plaza de las Esculturas» (Sculptures Square). Located in front of the Antioquia Museum, and it was in this square where half of the collection of Master Fernando Botero hosts.

It has five thematic sections, the first one joining the body parts together, as a hand, a human head and a mutilated woman. The second one recreates the confrontation of a man and a woman in reference to the Antioquian midwives. The third one, the pets. The fourth one, mythical figures such as the Sphinx and the Europe Rape. The fifth one reclined Women.