Villa de Leyva is the perfect place to spend a weekend or even a whole season. It's ideal for those seeking peace and quiet, as well as for those who want a little fun.

The opportunity to visit Villa de Leyva, a town located just 175 kilometres from Bogotá which can be covered in about three hours, should not be missed.

The weather is typically cold, although during the day you can experience temperatures of 20°C, it is important to bring warm clothes for the evenings and not to forget the regular application of sunscreen during the day.
Villa de Leyva was declared a National Monument in 1954. It has a colonial feel, manifested in the stone floors throughout the main park. The park itself has an area of about 14,000 square metres and features a carved stone fountain located in the centre. It has provided drinking water to the inhabitants of the city for more than a century. Around the square you will find the City Hall, museums, hotels, restaurants, small shopping centres and craft shops, with an array colonial architecture on display. White facades, wooden windows, doors and beautiful Moorish influenced balconies are the peculiar additions to the city from Hispanic tradition.
The square is where festivals and celebrations are held, such as the Kite Festival in August, the exposure of high performance motorcycles, or the Festival of Lights in December and the Astronomical Festival in February. 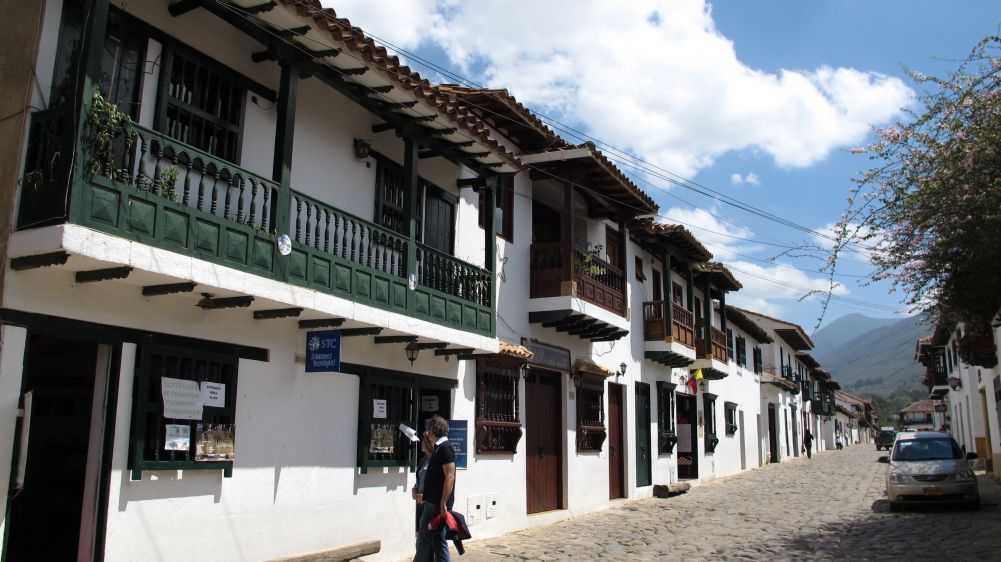 Parish Church: Located to the east of the Main Park, the church is a baroque colonial style building, built in 1604. The carved wooden altar pieces covered with gold are preserved in an excellent state. The architecture imitates the basilicas and cathedrals of Granada and Seville. It is historically known for being the place where the first Congress of the United Provinces of New Granada were held in 1812, two years after the proclamation of independence of Colombia.
St. Augustine Convent: It was the first church to be built in Villa de Leyva. The Dominican community of Santa Catalina of Sena, the first religious congregation of Colombia, was established here. It is a typical construction from the colonial era. Today the convent is the headquarters of the Alexander von Humbolt´s Bio-resource Research Institute.
Templo de Nuestra Señora del Carmen (Our Lady of Carmel Temple): Built in 1850, it represents the merger of two Andalusian style chapels. The smaller one was built in honour of the Virgen del Carmen whilstthe major chapel, known as 'Beautiful Mother Church' hosts an image of the 'renewed' Virgin.
The Paleontological Museum: The museum belongs to the Faculty of Science of the National University of Colombia. Among its facilities are exposed fossils found in the area, some of which have an estimated age of 130 million years, invertebrates, marine reptiles and plant remains. Ammonites, bivalves and gastropods suplement the exhibition of marine species that lived in the depths of this region.
Parque Arqueológico de Monquirá (Monquirá Archaeological Park) - 'El Infiernito': This monument, composes of 30 carved stone columns, called 'El Infiernito' by the Spaniards, due to the phallic shape of its columns. Some anthropologists suggest that this site was used as a celebration place for fertility cults but for others it simply served as an astronomical observatory that marked the beginning of the winter or dry seasons.
The Fossil Museum: Built in 1977 in the exact spot where the skeleton of a crone lizard was found. There, you can see the fossil called Hampe Kronosaurus Boyacensis. It was an impressive five metre long marine predator, calculated to have lived 110 million years ago, and represents the way of life that once existed in this region.
Iguaque Wildlife Sanctuary: A natural reserve of 6,750 hectares of paramo and Andean forest. It is the epicentre of biodiversity and environmental conservation. The sacred lake, located in the sanctuary, represents, according to a Muisca legend, the birthplace of humanity. The mountains have heights ranging between 2,400 to 3,800 metres above sea level. There is a range of unique wildlife to look out for including white-tailed deer, foxes, monkeys, faras, mockingbirds, hummingbirds. There are also insects and flora such as orchids, frailejons and chusques. The walk to the lake takes about three hours.
Colombian Exotic Ostrich Farm: Devoted to agro-tourism, this is a space for raising the world's largest birds including incubation, breeding and care for the conservation of these birds. It has a restaurant with ostrich meat specials.
Cascada de La Periquera (Periquera Cascade): The main waterfall has a drop of 15 metres. There are other beautiful waterfalls in the area that can be found along the river. It is a beautiful and ideal place for walking and you will be enchanted by the natural wonders. There is a camping area, restaurant and service with basic facilities. 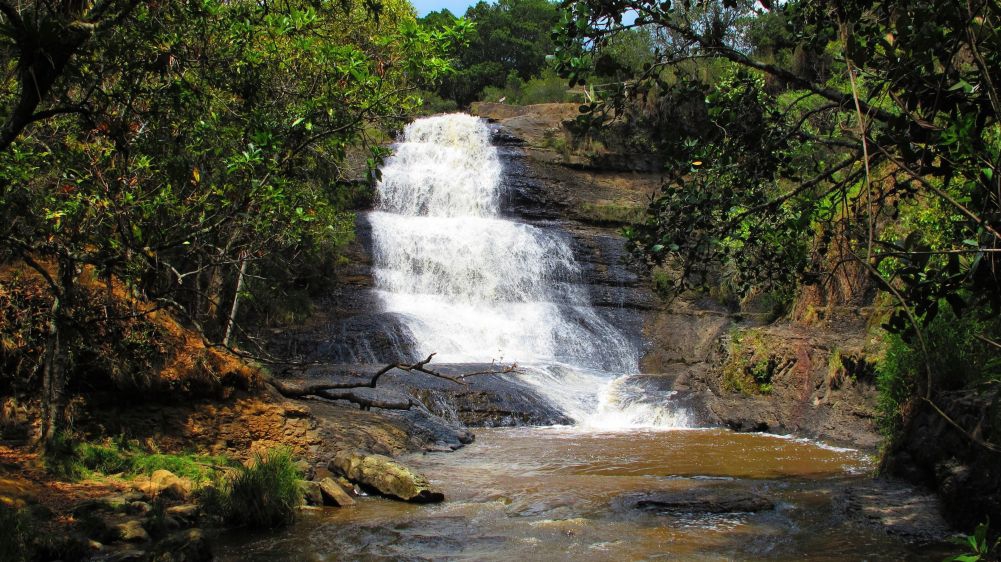 What to do in Villa de Leyva

Grab a delicious cup of hot chocolate accompanied by a slice of cheese freshly made in the region. Or try a Colombian coffee speciality.
The restaurants in town, some of which are gourmet, offer a variety of cuisines ranging from Swiss to vegetarian, organic and international. There are also many good wines to sample.
The landscape, the calmness of the city, the fresh air and the friendly atmosphere will ensure you have a great trip.
For those who want a little more adrenaline, Villa de Leyva offers abseiling, horse riding, quad-bikes and even a 4x4 jeep tour. Not for the faint hearted. 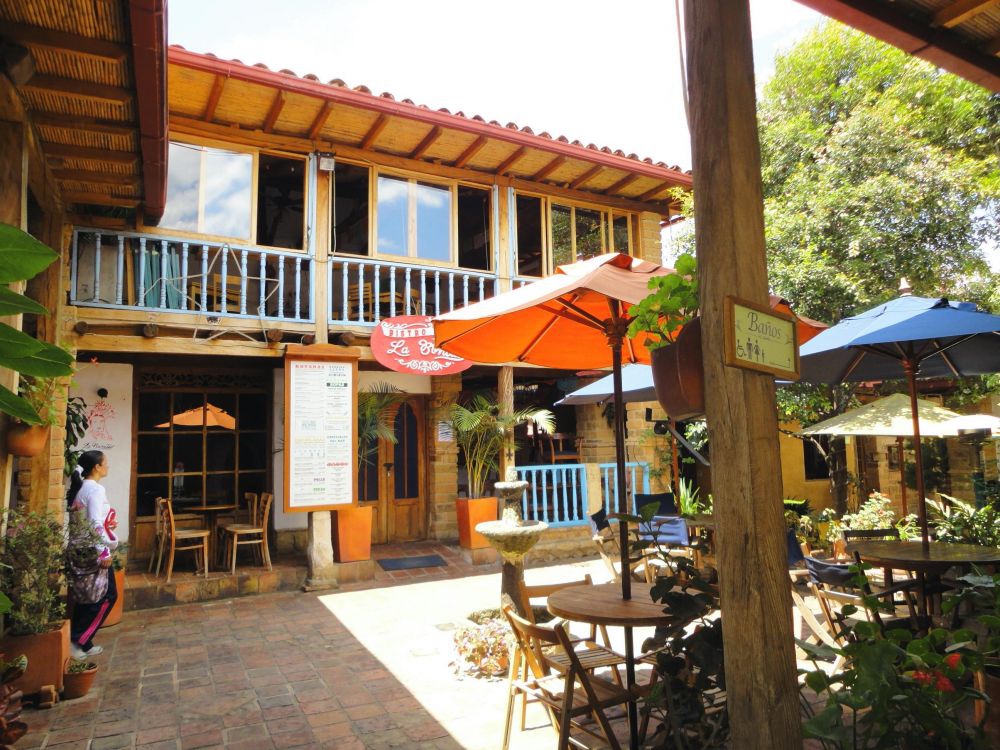 Villa de Leyva is a city prepared and committed to making their visitors and guests welcome. It has an excellent range of accommodation to fit all tastes, budgets and travel preferences - including camping areas. 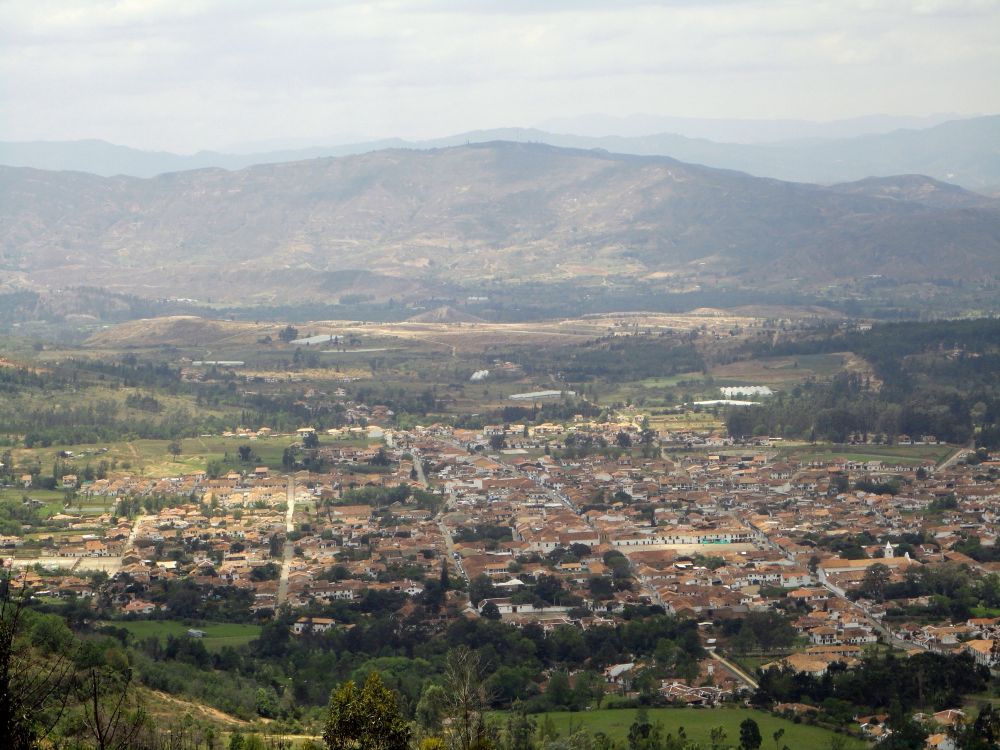