The region of Tierradentro, in the northwest of Colombia, is a place of ethereal beauty: verdant mountains rise and fall like a turbulent ocean, creating a labyrinth of mist-veiled valleys and deep canyons. Indeed, its very name was given by the Spanish conquistadors to express the enclosed sensation the topography creates – tierra adentro means ‘inside the earth’.

Long before the Spanish arrived, and long before Colombia existed as a country, this land was home to an ancient civilisation, evidence of which can be found at Tierradentro Archaeological Park. This World Heritage-listed site has yielded an extraordinary number of underground tombs, complete with enormous statues and intricate murals covering the walls, columns and domes.

The people who created the hypogea, which is the collective name for burial chambers of this kind and literally translates as ‘underground’, are thought to have inhabited the area in the first millennium, but little else is known of their culture. The lack of knowledge is partly what makes the site such an exceptional archaeological and anthropological find: these tombs are all that remain of an otherwise vanished pre-Hispanic society. 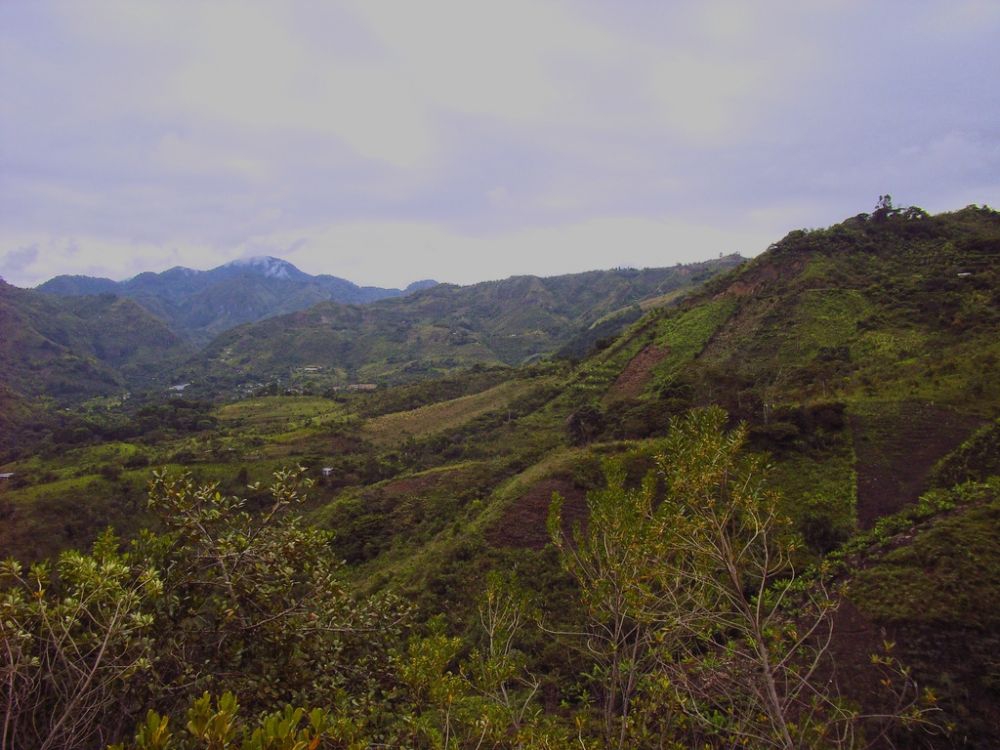 Furthermore, these hypogea are unique, in that while many underground tombs have been discovered throughout the Americas, these are the only ones which comprise of spiral stairs, an entrance hall and adjoining alcoves, and central and surrounding columns on an oval floor-plan.

The statues, too, carry great significance, as they reveal clues about life in this society: the males are depicted with striped headdresses and long garments, whereas females are shown with turbans and sleeveless blouses. Likenesses can be seen between these sculptures and the ones discovered at a similar site in San Agustin, several hundred miles to the south, suggesting that a link between the two societies existed.

Before you enter the park you’ll see two museums which are both worth exploring to provide some context for the site. The archaeological museum displays a number of artefacts uncovered in the region, including pottery and figurines, and the ethnological museum details the lives of the Paez Indians, who live in the nearby mountains.

As is often the case, grave robbers had plundered the site long before it was rediscovered in the early 20th Century, but the level of preservation remains mostly excellent. There are four main areas within the park: Alto Segovia, Alto de Buende, Alto del Aguacate and Alto de San Andres.

Alto Segovia is the most extensive and contains the largest and best preserved of the tombs, and the only ones that have been lit up. Alto de Buende contains more burial chambers, though not as in as good condition as the latter, and Alto San Andres is home to six tombs, each with impressive geometrical murals. Alto del Aguacate is located at the top of a large hill, where you’ll be treated to magnificent views of the undulating landscape, but the chambers here are not maintained and therefore in the poorest condition.

The only nearby town is San Andreas, a tiny settlement which can be reached by bus from Popayan (approximately five hours). There is a scattering of modest guest houses if you want to stay overnight, and one restaurant. San Andreas does not have a cashpoint, so bring some before you go (ideally in small bills). Finally, you’ll need a good torch for some of the chambers.

Although there have been no reports of tourists running into trouble, this is a guerrilla area, so exercise reasonable caution and look up the latest travel advice before you go.